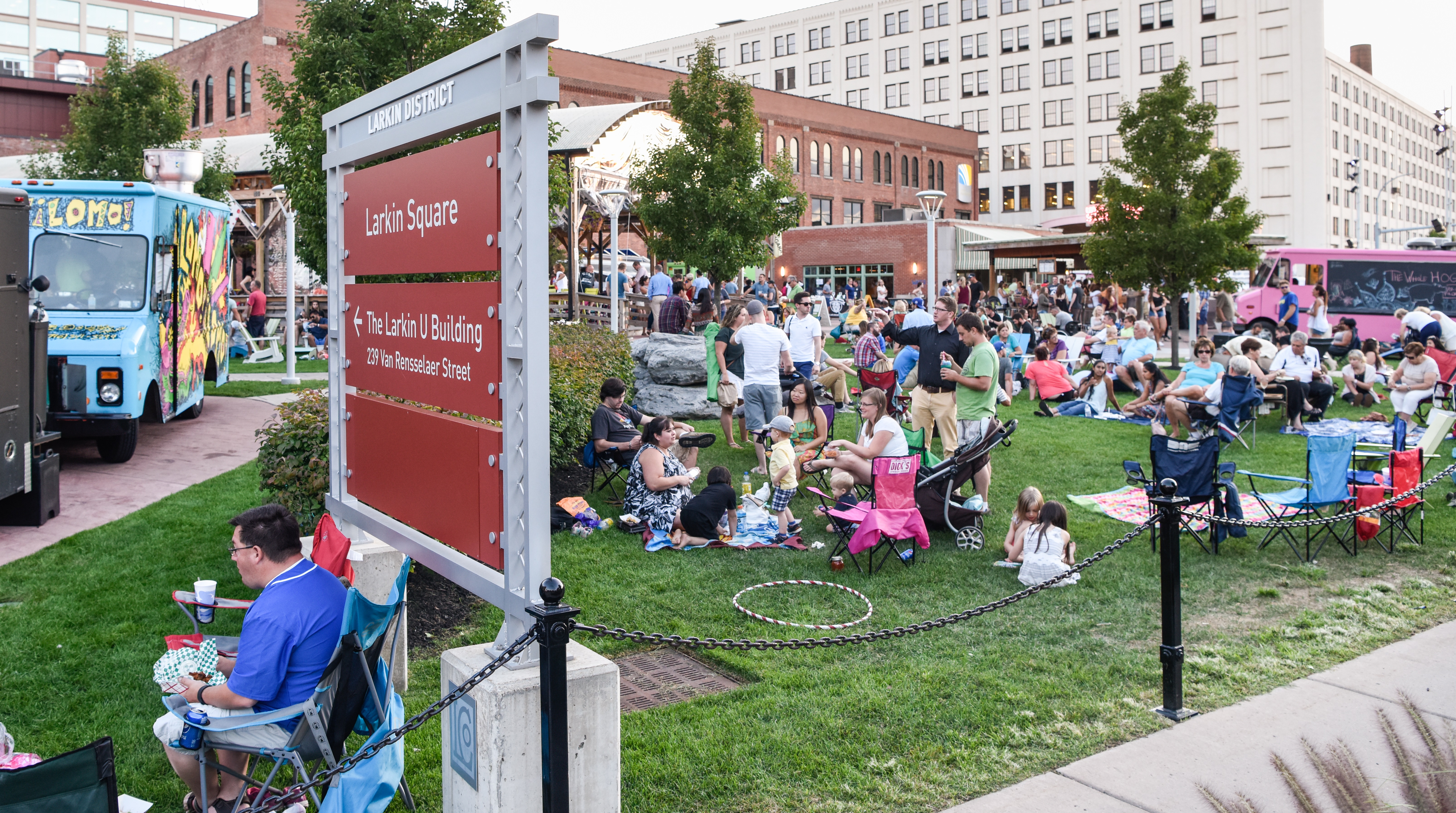 Larkinville is a bustling neighborhood filled with unique restaurants, locally owned businesses, community events and more. Located in the historic Hydraulics neighborhood, once home to the Larkin Soap Company, this passionate community of businesses is revitalizing the area, creating a destination for live, work and play for those residing in Western New York and beyond.

The neighborhood surrounding Larkin Square has seen many transformations as Buffalo’s first business district. In 1827, the Buffalo Hydraulic Association was established, along with the construction of the Hydraulic Canal, Buffalo’s first source of industrial waterpower. By 1832, the neighborhood was a thriving mill district with a sawmill, gristmill, pail factory, shoe last mill, hat factory and brewery all powered by “The Hydraulics.”

In 1876, John D. Larkin, manufacturer of Plain and Fancy Soaps, began making soap in a small factory building at 663 Seneca Street. The J.D. Larkin & Co. was a pioneering company in direct sale from manufacture to consumer. By 1901 there were more than 85 retail businesses on Seneca Street between Larkin and Smith Streets. Today, many of these warehouses and building still stand and are undergoing restoration by Larkin Development Group and other local developers.

In 2002, the Larkin Development Group acquired the Larkin Terminal Warehouse building at 726 Exchange Street. This was the start of significant redevelopment of the Larkin District into a vibrant mixed-use neighborhood. In 2012, Larkin Square opened along with The Filling Station restaurant, which is housed in a former 1930s-era Larkin Company filling station. Larkin Square was designed to be an inviting and uplifting community gathering space where the public is welcomed to a series of popular events, including Food Truck Tuesdays, KeyBank Live at Larkin, the Larkin Square Author Series and other special events. Today, many other small and large-scale developers are also
rehabbing and repurposing older buildings, adding to the vibrancy of today’s Larkinville. To learn more about opportunities to locate your office, business or to live in Larkinville, contact Larkin Development Group at 877- or email kaylaz@larkindg.com.